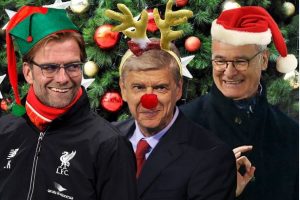 The festive period is a fantastic time for English football. Nowhere else in Europe comes close to matching the sheer joy of matches during this time. There’s a special atmosphere, where the Christmas Day spirit continues through as people enjoy the time with their families.
There is a subtle change in the crowd demographics: it’s definitely a time for families with a noticeable increase in the number of partners, children and grandparents enjoying an afternoon’s football.
And this year, there are some rich pickings to enjoy. We look at the matches taking place over the Christmas period, beginning with those from Boxing Day Football tickets– 26th December – through to New Year’s Eve on 31st December.

These two sides have met 50 times in the league at Vicarage Road. Last season, Palace won this fixture but Watford returned the favour at Selhurst Park.
The Hornets are comfortably in mid-table and having flirted with the relegation places, Palace are hell-bent on joining their hosts in securing their safety as quickly as possible.
It’s never a high-scoring match but always a pulsating encounter that the supporters of both sides want most passionately to win. This is three points that they want to help toward survival and loftier goals.

If you’ve got a fast-enough car, you could just make kick-off at the Emirates from Vicarage Road although we wouldn’t recommend trying. Parking isn’t easy around Arsenal’s fantastic stadium and with public transport on a skeleton service, arriving early in north London is advisable for this match.
The Gunners are flying at the moment and go into this match off the back of the titanic top four struggle at the Etihad the week before. This one though, is as close to a home banker as Arsenal get.
Albion have only won this fixture twice in the last thirty-three years. In the meantime, Arsenal filled their boots in front of goal: averaging three goals a game in the last few seasons.
Tony Pulis, the Baggies manager, is their bête noir. The former Stoke boss was a thorn in Arsenal’s side in the Potteries and hopes to continue that record this Christmas.

Lightning doesn’t strike twice, does it? Bournemouth won this fixture last season when Chelsea were in disarray. Now Antonio Conte has fired the blues to the top of the Premier League table on the back of a winning run that is now so long that nobody can remember them losing a match.
But Eddie Howe’s Bournemouth are no mugs; ask Liverpool after last weekend’s incredible 4 – 3 win! There’s a spirit which is carrying them to greater heights than before and the Cherries gave a good account of themselves at the Emirates despite eventually losing 3 – 1 to Arsenal.
Good football is guaranteed with both sides playing an attractive, football that’s all about fast attacking and pressing.
This is Stamford Bridge where blue is the colour and football is most definitely the game.

Before a hard evening’s revelling, there’s nothing like a football fix to get you in the mood.

Chelsea put out the party invites as former Blues legend Mark Hughes brings his Stoke City side to west London.
The Potters were struggling but with Marko Arnautovic and Xherdan Shaqiri both in impressive form, they are on the up.
But who is going to stop Antonio Conte’s Chelsea? Not Stoke if history is anything to go by. They haven’t won at Stamford Bridge since 1974! But they haven’t had Joe Allen, did they? The Welsh Pirlo has scored 4 and created 2 as the Potters have beaten every team around them.
Bottom at one point, Hughes’ men are now just two points behind Manchester United in sixth place. It’s all part of the wonderful madness of the Premier League.