Do Real Madrid need to overhaul their squad to top La Liga next season? | Real Madrid

Real Madrid stormed to the La Liga and Champions League trophies at the end of 2016-17. Although Madrid are preparing to play in the Champions League quarterfinals this week, Los Blancos are well out of the La Liga trophy race. The club’s work in the previous offseason has, in many ways, led to the team’s performances this term. 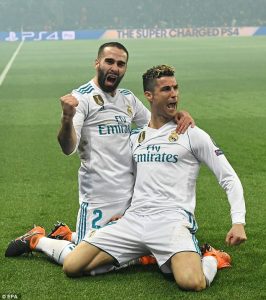 Real Madrid’s focus on trying to sign Kylian Mbappe last summer prevented the club from adding needed players in other areas. Although Madrid had some exciting young players come through such as Marco Asensio, the team allowed too much top talent to leave the Santiago Bernabeu.

Alvaro Morata was one player the team let leave. The Spanish striker had been a key member to Los Blancos last term and scored 20 goals in 45 games in all competitions. Madrid didn’t replace that goal scoring, which has been a major problem. However, in the coming offseason, it looks like Madrid will finally replace the striker and more, as Madrid could see a large amount of player turnover.

The biggest headlines being grabbed by potential signings are by Neymar. The current Paris Saint-Germain forward is being linked heavily to Madrid as rumours indicate he is ready to leave France. Neymar is supposedly not interest in staying with PSG and will attempt to force a move back to Spain. It is unknown if Madrid could actually come up with the money to bring him to the club.

Madrid are looking for other forwards to compliment the players already at the Bernabeu. Mohamed Salah had been linked with a move to the club, however, it appears Madrid favours Chelsea player Eden Hazard. Salah has scored 37 goals this term in all competitions and English media believed he could go to Madrid for £200 million. But other players have now risen up the Madrid wish list.

Atletico Madrid’s Antoine Griezman is also a target of Real Madrid – and Barcelona for that matter.

There is no doubt Real Madrid will makeover their team this offseason. But which players will stay, go and come in, is anyone’s guess right now. The Spanish club could still end the season with the European Cup. If they do, there is no reason Madrid should sell their best players.