Tottenham Hotspur Stadium is a stunning creation, arguably the best new stadium in the world. 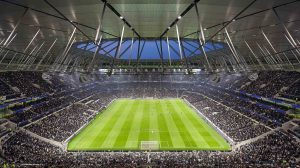 Moving to the new stadium should enable Tottenham to go to the next level as a club, with the ground able to hold over 60,000 supporters – the capacity is slightly above Arsenal’s.

As a fan experience, the £1 billion Tottenham Hotspur Stadium is the best in the Premier League without a doubt, so Spurs tickets are always going to be in very high demand.

Here is our detailed guide to going to a match at Tottenham Hotspur Stadium for the first time.

Getting to Tottenham Hotspur Stadium by Train, Bus or Tube

There are four stations within a short walk from the stadium, so it is very well connected, while it is on several major bus routes as well. Public transport is therefore easy to use on matchdays, though trains and buses do get busy close to kick-off, as with other major clubs.

White Hart Lane is the nearest station, but it does get very busy on a matchday, with Northumberland Park an alternative that is only about 10 minutes away on foot. Tottenham Hale allows fans to get on the Victoria line and also has National Rail connections, while Seven Sisters is about half an hour walk away but is another decent option to choose. The club advises supporters to avoid using Silver Street and Bruce Grove stations on matchdays.

Perhaps the best way to get to the game is by using a pre-booked shuttle bus run by the club. Shuttles are free and they run direct to the stadium from Alexandra Palace and Wood Green. Other buses stopping near to the stadium include the 149, 259, 279, 349 and W3.

There is no public parking available at the stadium, while a Controlled Parking Zone means it is difficult to find somewhere to leave a car within a short walk away from the ground either.

Parking for supporters with a disability is available at the stadium but fans should contact the club in advance if they need to use one of these spaces. It might be best to park near either Alexandra Palace station (Great Northern Services) or Wood Green station (Piccadilly line services) and use the pre-booked free shuttle bus service for the rest of the journey.

Cycle Superhighway 1 runs to the stadium, so it is possible to take a bike to the game. Bike racks are available at Tottenham Community Sports Centre and St Francis De Sales School.

Getting to Tottenham Hotspur Stadium from the Airport

London is served by several different airports but the main two are Heathrow and Gatwick.

For fans flying into Heathrow, the journey will take up to two hours. Take the Piccadilly line to Finsbury Park then switch to a local bus service such as the 259, which stops at the stadium.

From Gatwick, the Gatwick Express goes to Victoria. Change for the Victoria line to Walthamstow Central and the stadium is a 30-minute walk from Seven Sisters station.

London City Airport is about an hour away. Take the DLR to Stratford International then change to a train going towards Meridian Water – get off at Northumberland Park and walk from there.

Bringing Items to the Stadium

There is no left luggage facility at the stadium and there are restrictions on the size of bags that can be taken inside. Bags of A4 size (21cm long x 30cm high) or smaller will also be searched with prohibited items including bottles, glass, food, big umbrellas, professional cameras, prams and pushchairs.

Fans may wish to leave their luggage at their hotel if they are staying in London overnight, or use a left luggage facility at a train station in central London such as King’s Cross St Pancras station.

The full list is very long – we summarized the main and common items that might interest you.

What Time Should I Arrive at Tottenham Hotspur Stadium?

Since you’re using tickets purchase on the secondary market, should aim to enter the stadium no earlier than 30 minutes before kick-off, but there is plenty to see and do for those who want to be at the stadium even earlier for a big Spurs game. There are 60 food and drink outlets to pick from inside the stadium concourse while there are feature bars located in the East and West Stands, where a lot of Spurs fans tend to congregate.

Spurs offer a £5 pie and pint deal which is very good value and the 65m Goal Line Bar and Microbrewery is certainly worth visiting. Bars at Spurs have amazing new technology which fills glasses with beer from the bottom up! In a world first for a football stadium, craft beer is brewed on-site by the Beavertown Brewery. Prices for food and drink are very reasonable, with pints offered at £4.

The club has worked hard to incorporate features from the old White Hart Lane into the new stadium. The Shelf bar features bricks from the old stadium. Bars and food outlets (all cashless) are available after the game too, so you can meet with friends and family to discuss the match.

Fans should also check out the Lane’s Centre Spot within the South Atrium and there are various feature walls that are picture opportunities within the stadium concourse as well.

There is even an art gallery showcasing work from a number of local artists – this can be found on the Level 1 concourse in the West Stand.

Check out the massive Spurs Shop, which is located within the Tottenham Experience and is claimed to be the largest retail space of any football club in Europe. The Tottenham Hotspur Museum and Club Archive are free to visit and are worth taking time for as well.

Stadium bars and food outlets stay open after the match is over, so you do not need to rush out. Staying inside the stadium for a while can allow some of the matchday traffic to clear as well.

Live transport information is provided inside the stadium to keep fans up to date and those planning to use the White Hart Lane station are advised it gets extremely busy after full-time.

Instead, it may be quicker for supporters leaving the stadium to walk to either Seven Sisters or Tottenham Hale stations, where the crowds should be less busy, and trains still arrive often.

Hanging out inside the stadium itself is definitely an option both before and after the game, with Spurs keen to promote it as a destination worth spending a lot of time in. 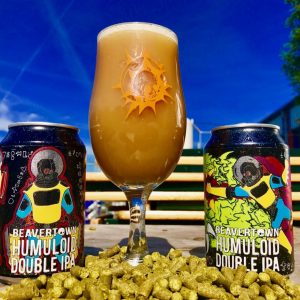 Spurs pubs near the stadium include the Bricklayers on the High Road, a very popular choice decked out in merchandise and paraphernalia, with live football games screened here as well. The Coach and Horses and No 8 are alternatives but they do all get very busy on matchdays.

Beavertown’s taproom at Mill Mead Road is a must-visit for craft beer aficionados, the High Cross and the Three Compasses at 62 High Street are among the good local pubs, while Seven Sisters Market is the place to go for Latin American food and drink. Authentic Japanese food is on the menu at Kata with other restaurants in the area that are worth checking out including San Marco located at Bruce Grove.

For a big night out, London’s iconic bowling alley Rowan’s is a great place to go to on a Saturday night after the game. The venue is located in nearby Finsbury Park. Nightclubs close to the stadium include 5 Miles in Seven Sisters and the Cause in Tottenham, while the various thrills of central London are only a short journey on public transport too.

Visitors who are working on a lower budget could book a stay with either Premier Inn or Travelodge, both of which have hotels within a few minutes away from the new Tottenham Hotspur Stadium, while there are various other options to consider in central London as well.

Although it is not much of a tourist area in London, close to the stadium is the highly rated Alpha Place, with alternatives also available on Airbnb. There are rooms available to book at the Bill Nicholson Pub, which is named after the Spurs legend, so that could be perfect for fans.

The Roseview Alexandra Palace Hotel is an affordable three-star choice in nearby Muswell Hill,

Mount View Guest House is a relaxed bed and breakfast in Crouch End, while the Rose & Crown in trendy Stoke Newington is another pub near Tottenham Hotspur Stadium with rooms.