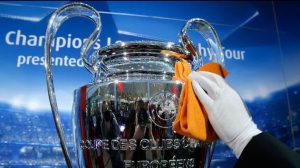 In 1992, UEFA renamed the European Cup competition the Champions League, and with its new name, the competition became a more exclusive event than it had previously. Since the early 1990s, the Champions League has evolved into the most prestigious club football tournament. The event, which plays out for nine months, is the world’s greatest sports competition, and not even the World Cup can compare to its draw.

So, what makes the Champions League great?

It is no secret that the best football teams in the world are based in Europe. These clubs have the fortune of signing the best football players, and each year the Champions League showcases the best teams and talent that can be assembled. The tournament gives fans the chance to see the best teams from across the continent mix it up every week. Barcelona versus Juventus, Real Madrid playing Tottenham; there are so many great combinations that true football fans don’t get tired of the action.

The European Cup’s first winner was Real Madrid in 1956. In that year’s final, Los Blancos defeated France’s Stade de Reims. Since that first final, there have been 22 different winners. Twelve of those teams have won two or more finals. It is rare for a team that hasn’t won the tournament previously to end up in the final, but that’s part of the cup’s glory. Chelsea were the last non-repeat winner in 2011-12. Before that, you have to go back to Borussia Dortmund in 1996.

The Champions League regularly creates iconic players and legendary moments. Zinedine Zidane produced one of the greatest moments in 2001-2002 when he slammed home a volley goal against Bayer Leverkusen. The 2004-2005 final produced one of the greatest comebacks of all time when Rafael Benitez’s Liverpool overcame a 3-0 halftime deficit to beat AC Milan on penalties.

The Champions League produces the best atmosphere in the stadiums across Europe. Once the knockout stages begin, the fans nerves are ratcheted up, and things get very serious. The passion of fans in stadiums is second to none, and no other sports event can compare.

The Champions League is a perfect venue to see the next big stars before they become household names. The 2002 final introduced a wide audience to German star Michael Ballack. At the 2009 final, the world found out about Lionel Messi, and things haven’t been the same. Last season, Kylian Mbappe became a household name and a £165 million transfer target. Who will it be this season? You have got to watch to find out.

If you want to be live at the Champions League to see the best players, teams and managers, then www.WoWTickets.Football can get you there. Check out our Champions League Tickets section to get your tickets today.