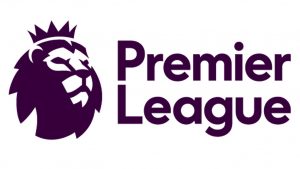 The English Premier League 2017-18 season is less than 42 days away from kickoff, and the top teams of Liverpool, Chelsea, Manchester United and Manchester City are already making big money transfer moves. The big spending will pay off for one lucky team and its fanbase, but which one will it be?

Last season saw Chelsea win its fifth title of the Roman Abramovich era. The Blues are positioning themselves to repeat, but Manchester City and Liverpool have bought new players that will give both an improved chance of taking the title.

The English Premier League 2017-18 season will see plenty of new faces gracing the grounds around England and Wales. Fans will need to get tickets early for matches at the Emirates, Stamford Bridge, Old Trafford and Anfield, as everyone will want to see these new players in action.

Manchester City has already spent over £75 million to sign goalkeeper Ederson from Benfica and Monaco’s Bernardo Silva. Both should upgrade the side as Manchester City fans will clamor to buy tickets for the team’s matches at the Etihad Stadium. Liverpool now have another world-class winger in the form of Mohamed Salah. He will surely light up the pitch at Anfield during Premier League and Champions League matches.

While it isn’t the team’s new stadium, Tottenham will move into Wembley for 2017-18. The stadium seats around 90,000 fans for football matches, which means supporters should be able to get great seats and tickets for the club’s biggest home matches. Spurs are tentatively planned to open their very own new 61,000-seat stadium in time for the 2018-19 season. It will be just another great modern European football venue and one that Spurs can fit more boisterous fan into.

Although it isn’t brand new, West Ham will kickoff its second season at the 60,000-capacity London Stadium. West Ham’s fans will be very excited for the team’s return to its home venue as the club will play its first three fixtures on the road. The team’s September 23rd match against Tottenham will be an early season test for both sides; and Hammers’ fans can get a taste of what to expect this term.

Of course, the English Premier League 2017-18 season will see three new promoted teams enter the fray. Like a battle royal of football carnage, fresh blood has made its way to the fracas and its time to put up or shut up.

Brighton, Newcastle and Huddersfield all arrive for a shot at glory in the Premier League, although all three are more concerned with surviving than winning silverware. Brighton will be tested on matchday 1 when the team host Manchester City. Meanwhile, Newcastle welcome Tottenham to St. James’ Park.

Two fixtures really stand out on match-day 1 and fans shouldn’t waste time in getting tickets to either Old Trafford or the Emirates. In the former, Manchester United take on West Ham as Jose Mourinho attempts to be the first Red Devils’ manager to win a Premier League trophy outside of Sir Alex Ferguson.

In the latter, Arsenal will play the 2015-16 Premier League champions Leicester City to start the year. Fans of the Gunners are hoping for better this term, and a win against Leicester would start things off on the right foot.

The English Premier League 2017-18 season will be another great year. Fans of Liverpool, Arsenal, Manchester City, Manchester United, Tottenham and Chelsea will need to get their Premier League tickets quickly. Fans could miss out on all the action.