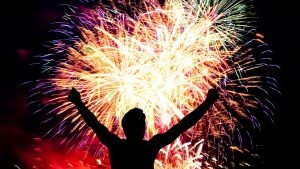 There’s no better city in the world than London to see in the New Year and the Premier League is serving up some belting derbies this year. We preview the final matches of the festive period – they are the places to be.

Tottenham will make the short journey from White Hart Lane to Vicarage Road looking to take three points as they seek to claim a place in the top four.

They will arrive in luxury but Watford will make the match as difficult as possible. Ask Manchester United, they found out the hard way. Roundly thrashed 3 – 1, they couldn’t handle the Hornets buzzing around them.

Spurs are made of sterner stuff. The eye-catching attacking football has been curbed for defensive steel but Harry Kane and Dele Alli are more than a handful for Premier League defences. The goals are beginning to flow again for the Lilywhites.

It a storming start to the New Year for Premier League football.

Two defeats in a week has set the Arsenal title challenge back but this is the ideal match for them to get back on track. Crystal Palace have only ever registered one win in this part of north London in the league.

This one has an extra edge with the Eagles sacking Alan Pardew and appointing Arsene Wenger’s nemesis, Sam Allardyce, as manager. If Wenger and Pardew had history, it’s nothing compared to the animosity between the Frenchman and the disgraced England boss.

With some of his stars returning, the Arsenal manager could welcome back Aaron Ramsey and Danny Welbeck. The Gunners main men will still be Mesut Ozil and Alexis Sanchez. Anyone who claims the Premier League doesn’t have the stars hasn’t seen enough of this pair.

Palace may be revitalised under Allardyce but Arsenal are on a mission and looking to fill their boots with goals!

It’s a relegation six-pointer at Selhurst Park and Sam Allardyce’s home debut. The Eagles lost 4 – 5 when the two sides met recently at the Liberty Stadium. It was a mad 95 minutes of football which saw Palace come back from 1 – 3 to lead 4 – 3 with only added time to see out. Those madcap five minutes were enough for Fernando Llorente to grab a brace and all three points for the Welsh club.

Bob Bradley is already under pressure as results show little sign of improving and staying in the top flight needs them to start picking up points quickly. On the plus side, they’ve done well in the relegation zone matches so far, this season so this one promises to be another dramatic affair with the atmosphere crackling with tension.

What a way for London to round off the festive fixtures. When the two sides met in November at Stamford Bridge, it was an enthralling game with Chelsea coming back from a goal down to win 2 – 1.

Spurs will be out for revenge in a derby match which always has a bit of spice. Tackles fly in and red cards abound but so do goals. Chelsea have won just once at White Hart Lane in the past ten Premier League meetings and the Shelf wants revenge for last season’s title dreams being shattered by the Blues.

The tribal intensity of the home crowd always makes for a cracking match; expect the sparks to fly in this one as Spurs look to close the gap on the top four with a win!