The top leagues around Europe are about to take another international break, as 2018 World Cup qualifying enters its final matchdays. Eight teams have already qualified for the World Cup, however, only one of those teams comes from Europe. Belgium is the only European nation to have made it into the finals in Russia, but by the end of the next international break, it will be joined by many more sides. 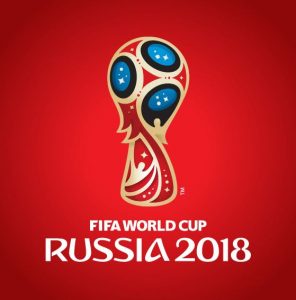 Of course, Russia has qualified for the tournament, but the hosts have not had to go through the qualification process. Brazil and Mexico have qualified from the CONMEBOL and CONCACAF regions, respectively. Meanwhile, four teams from Asia have also stamped their tickets to Russia: South Korea, Saudi Arabia, Japan and Iran.

The Netherlands are in danger of not qualifying for the 2018 World Cup. The Dutch were finalists just seven years ago in South Africa, however, the country’s latest golden generation is at its end. The team can still qualify, but need some help from the rest of the group. The Dutch most likely won’t catch leaders France, but could secure second and play in a playoff series. The Dutch play second place Sweden in the final matchday, with both teams’ chances of qualification riding on a win.

Wales and the Republic of Ireland are also fighting for the survival. Both could still win group D, but they need help from the other nations. The two sides will clash Cardiff on the final matchday with a possible berth in the 2018 World Cup at stake.

Group E is also too close to call with Poland leading Montenegro and Denmark by just three points. England should have group F locked up, but second place is being contested by three nations. Slovakia lead Slovenia and Scotland by one point for a possible playoff spot.

Group I is a four-horse race as Croatia and Iceland are locked on 16 points. Turkey and Ukraine both have 14, and the final matchdays of qualification could see major surprises.

With major implications to be sorted out in the final qualifying matchdays, WoWTickets.football is your one-stop shop for match tickets. Don’t miss your home nation’s chance to be in Russia next summer.