Real Madrid’s well-travelled squad returned to Ciudad Real Madrid, preparing for the business end of the season. Top of La Liga, two points ahead of FC Barcelona with a game in hand, is not quite as comfortable as they had hoped. However, with their first league title in five years in their sights, Zinedine Zidane and the players will be focused more than ever before.
This is their chance to break Barcelona’s domestic monopoly; the two-horse race of La Liga had become a romp for the Catalans in recent seasons.
The biggest danger to Los Meringues this weekend is not Alaves attack but whether the defence is as statuesque as the bust of Cristiano Ronaldo unveiled in the airport of his home city, Madeira this week.
It’s hard to know which one is the worst: his or Alexis Sanchez’s, unveiled in Chile during the international break. 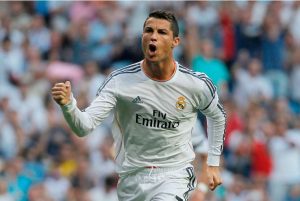 Expect Fireworks in the Bernabeu during April

Real’s remaining home fixtures for this season are certainly tasty. After the visit of Alaves this weekend, Real Madrid tickets are sure to be in hot demand for their other home games in April.
It all kicks off on 8th April with the Madrid derby. Atletico Madrid need to win as they chase a Champions League place for next season. Los Rojiblancos face taking up residence in their new home in August with just the Europa League for consolation. It’s the hottest ticket in town and WOW Tickets has the best seats available to suit all budgets.
The Champions League then takes over. It’s becoming Real Madrid’s personal property and they will be looking to build a strong lead in the first leg of the quarter-final. They may not need it; the last time they traveled to Munich for a European match, they put four past Manuel Neuer on a night Bayern won’t ever forget.

But the month ends with the big one: El Clasico. The biggest rivalry in world football sees first versus second battle it out with the winner likely to be crowned champions. It’s an emotional night, one where passions reach boiling point and blood is frequently spilled. We have the best seats for Real Madrid v Barcelona; it’s a match which every football fan wants to see.
There’s no question of ‘if’ Real come through those fixtures unscathed; the club’s honour demands it. Expectations are high when the players pull on the famous white shirt.
The La Liga title is in Los Meringues hands. Their tricky fixtures – the ‘six-pointers’ – are all at home. Sevilla round off the domestic home games in May, when they travel to the Spanish capital. By then, the title race could be over and the fans can relax, enjoying the fiesta of football Real will inevitably provide on that occasion.
After the league title is won, it’s off to the city’s Cibeles Square where the fans congregate to celebrate all trophy wins. Who knows, it may even be joined by the Champions League this season!
Don’t worry though, WOW Tickets has your bases covered. We have Real Madrid tickets for every match and you can buy them, safe in the knowledge they are backed by our industry-leading 100% money back guarantee.